IDEOLOGIES SEEN AS MOVEMENT WITHIN HISTORY 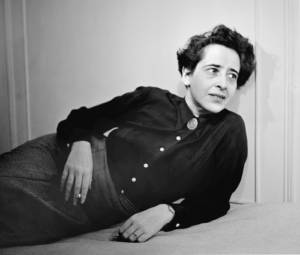 Hanna Arendt provides a masterpiece of philosophy by illuminating the underlying ideology of both Darwinism and Marxism. Through her exemplary logical genius, she demonstrates how the basic natural laws of Darwinism and Marxism are actually never-ending movements within history; and it is this motion within history that is at odds with what can be considered the static right and wrong of Christianity.

In her book The Origins of Totalitarianism (Harcourt, 1951), Arendt makes an insightful comparison between Darwinism and Marxism. She notes that Nazism and Bolshevism depend heavily on Darwin and Marx res respectively and that both ideologies are not static but rather never-ending historical movements. Arendt states:

Underlying the Nazis’ belief in race laws as the expression of the law of nature in man, is Darwin’s idea of man as the product of a natural development which does not necessarily stop with the present species of human beings, just as under the Bolsheviks’ belief in class-struggle as the expression of the laws of history lies Marx’s notion of society as the product of a gigantic historical movement which races according to its own law of motion to the end of historical times when it will abolish itself.

The similarities, or rather the expression of the same underlying philosophies, of Darwinism and Marxism lies in the concept that the movement of history and the movement of nature are one and the same. Arendt explains:

Darwin’s introduction of the concept of development into nature, his insistence that, at least in the field of biology, natural movement is not circular but unilinear, moving in an infinitely progressing direction, means in fact that nature is, as it were, being swept into history, that natural life is considered to be historical. The “natural” law of the survival of the fittest is just as much a historical law and could be used as such by racism as Marx’s law of the survival of the most progressive class.

Similarly, Marx uses the driving force of history as the outward expression of the development of “labor-power,” which to Marx was a natural biological force. Arendt spends some time describing how Engels sees the affinity between the underlying convictions of Darwin and Marx because he understands the decisive role that the concept of development plays in both theories. Arendt speaks of a tremendous intellectual change that took place in the middle of the 1800’s, which consisted of a “refusal to view or accept anything ‘as it is’ and in the consistent interpretation of everything as being only a stage of some further development.” Arendt summarizes (and I believe correctly so) the role development plays in the two philosophies of Darwin and Marx:

Whether the driving force of this development was called nature or history is relatively secondary. In these ideologies, the term “law” itself changed its meaning: from expressing the framework of stability within which human actions and motions can take place, it became the expression of the motion itself.

In summary, Arendt encapsulates the reality of Darwinism and Marxism, “Totalitarian politics which proceeded to follow the recipes of ideologies has unmasked the true nature of these movements insofar as it clearly showed that there could be no end to this process.” It is no coincidence that as history changed, and will continue to change, relativism becomes the life blood of totalitarianism. Christianity with its commandments, creates never changing right and wrong. Totalitarianism, as expressed by Darwinism and Marxism, requires continually moving ethics and morals, which can only be supplied by what will eventually become terror.

Hanna Arendt, The Origins of Totalitarianism (Harcourt: New York, 1951), 463.
Id.
Id. Here Darwinists will protest that Darwin’s evolution does not necessarily lead to progress, however, this ignores the physiologic reality that evolution has produced increased differentiation, speciation and complexity. Science can produce no evidence of devolution.
Id., 464.
Id.
Id.
Id. 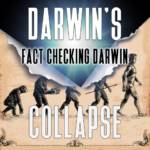